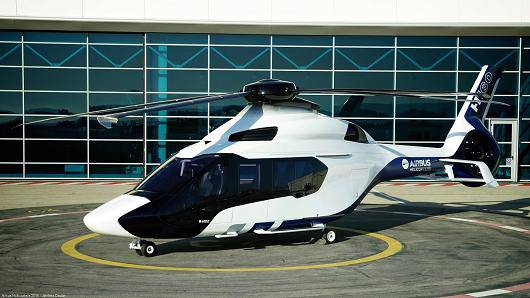 An Airbus spokesperson said the company would offer Airbus H125 and H130 helicopters for use in the project, while Uber will dispatch luxury cars to drive passengers to and from the take-off and landing zones.

Pricing is yet to be confirmed, but in 2013 Uber charged roughly US$3000 for UberChopper, a similar car and helicopter service that transported passengers between a helipad in New York City and the Hamptons on Long Island.

Uber is famous for its popular smartphone app that lets users hail vehicles, mainly for local journeys. And for Uber, this is yet another move to diversify its portfolio of transport options. In the past, Uber has offered luxury boats in Turkey, rickshaw services in India, and helicopter trips for special events like the Cannes Film Festival, the Bonnaroo Music and Arts Festival, and this year’s CES event in Las Vegas.

Oil and gas firms have been a key market for Airbus helicopter services in the past, but business has suffered in recent years as low oil prices adversely impacted its traditional client base. So this move is seen as an attempt by Airbus to expand its range of helicopter customers, in order to counter the drop in demand from traditional users.

The aerospace giant has been venturing into diverse markets of late, from military transporters to passenger planes, but has still found itself treading water in the aviation industry.

Airbus is also trying to expand its ties to Silicon Valley. In 2015, the company established a US$150 million technology investment fund, Airbus Group Ventures, which last week announced an investment into collaborative engineering company Local Motors.