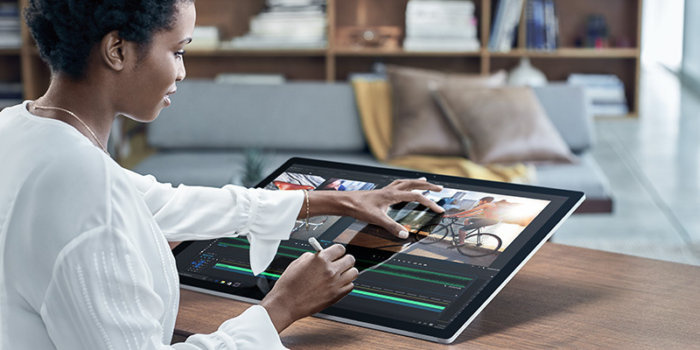 When Microsoft revealed its Surface Studio in October, the software giant put its rival Apple on notice. The new PC, featuring a breathtakingly thin display, intelligent design, and a convenient click wheel, has created a brand new category of hybrid tablet/desktop computer.

The Surface Studio’s screen can pivot down to become a canvas, and the click wheel can be placed directly on the screen to choose colours and effects in Photoshop. Users can also write on the display using the Surface pen.

In contrast, Apple’s new Macbook Pro models have changed little from previous offerings. The addition of a Touch Bar with fingerprint sensor is a nice idea, but compared to Microsoft’s innovations, Apple’s line-up already appears clunky and dated. This is quite a role reversal, given Microsoft’s reputation as a producer of bland yet functional software and hardware.

The news has left Apple fans wondering why Apple can’t simply build a more impressive Mac, after sticking to the same design for so many years. The answer is that the Mac’s importance to Apple is declining, as the company focuses on mobile devices like the iPhone and iPad.

In 2015, the iPhone was the most profitable smartphone in the industry, driving massive sales across Apple’s growing services portfolio, including iCloud and Apple Music. And while Apple certainly has the funds to invest in its Mac business, creating a new device that rivals the Surface Studio, the problem is that this could confuse the market as customers ponder whether to choose an iPad Pro or a touchscreen Mac.

And when Apple inevitably moves into the virtual reality, augmented reality and audible computing markets, you can be sure that these new systems will be based around the iPhone and iPad, rather than the Mac.

For now, this presents an opportunity for Microsoft to corner the market on hybrid desktop machines, after losing out badly in the smartphone market. By the end of 2016, Windows-based smartphones will comprise only 1% of worldwide market share. With little hope of recapturing that sector, the Surface can help reposition Microsoft as a leading-edge producer of elegant and powerful high-end systems for businesses and consumers.

And even if those consumers don’t buy the Surface, it may get them looking at other Windows machines. The question is whether this will be sufficient to revitalise the Windows PC market, before Apple eventually decides to push forward with a revolutionary new Macbook.