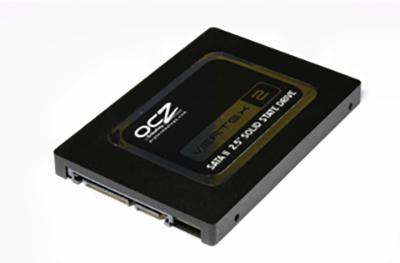 In line with this general trend, there is no doubt that there will be a technological push to ensure that data storage devices are both more sophisticated and affordable. And an important step towards this long-term goal was announced in recent weeks, by two of the big players in the industry.
Toshiba and Intel have both recently revealed a new “3D NAND” memory chip which will have a huge influence over SSDs and other flash memory devices. This new proprietary technology involves chips being stacked in layers to pack in more data. This technique is considerably more efficient and effective than the single-plane chips which are currently in circulation.
In accordance with this announcement, Toshiba has also claimed that it has created the world’s first 48-layer NAND. The consequence of this development is that the Japanese technology corporation has managed to produce a 16 GB chip which features improved speed and reliability.
It is appropriate that Toshiba is at the centre of this revolution, as it was the Japanese company that in fact invented flash memory. Toshiba has been central to the development of this industry, so it should not cause a huge surprise that it continues to produce revolutionary inventions in the contemporary world.
The Japanese corporation had already established the smallest NAND cells in the world at 15nm, and is now taking this technology to a new level. According to reports, Toshiba is already offering manufacturers engineering samples of its new technology, although this should be viewed very much as a prototype at this moment. Analysts believe that products actually utilising the new chips will not emerge for at least another 12 months.
While Toshiba is leading the way with this development, Intel has also been centrally involved. With its partner Micron, the company has recently revealed that it is already manufacturing its own 32-layer NAND chips. The ETA for the arrival of the chips in SSDs is also thought to be around a year from now, so there could be something of a race between the two corporations to incorporate this technology first.
Intel is sampling an even larger capacity of NAND memory than Toshiba, with 32GB chips available now and a 48GB version imminent. What this means in the near future is that both companies will offer additional competition to Samsung, with the Korean corporation having led the way with 3D NAND tech in recent years.
This is an exciting development which should certainly be of great value to all consumers in this industrial niche.