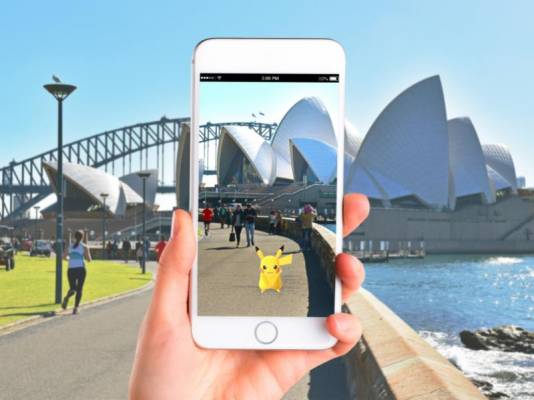 Pokemon, short for Pocket Monster, is a media franchise owned by a Japanese consortium led by Nintendo, in which fictional creatures are captured and trained to battle each other for sport. And Pokemon Go is a free-to-play mobile game that uses augmented reality to provide a real-life Pokemon experience, whereby people catch Pokemon characters in the real world using their iOS and Android devices.

By employing technology similar to Google Maps, the game places Pokemon in your actual surroundings, so that as you explore your own world you can capture the creatures and evolve them to raise their levels and boost their powers. You can also capture gyms and keep them under the control of your team – at least until they’re recaptured by someone else.

Players can actually see the virtual Pokemon superimposed onto real-world locations on their phone’s display, so Pokemon hunters feel as if they’re really inside the game. The goal is to collect all of the Pokemon, however some are rare and almost impossible to locate. The game uses various trackers and indicators to help direct you to the nearest creature.

Pokemon Go is unique because it encourages players to get off the couch, go outside, walk around, exercise, and socialise outdoors. Users can also play together in teams to hunt Pokemon together. Even people who don’t normally play games or know anything about Pokemon are getting involved.

Pokemon Go is safe for children to play, but care should be taken not to walk into traffic while focusing on the phone. It’s easy to lose sight of cars when you’re wandering the streets looking at virtual monsters on your screen. Experienced players often carry spare battery packs, because the application can quickly drain your phone’s charge.

And although the basic game is free to download from the Google Play or Apple App Stores, players also have the option to pay for Pokeballs and other items to help gain experience faster, and to heal their Pokemon after battles. So Pokemom Go can become a costly addiction, if you’re not careful.