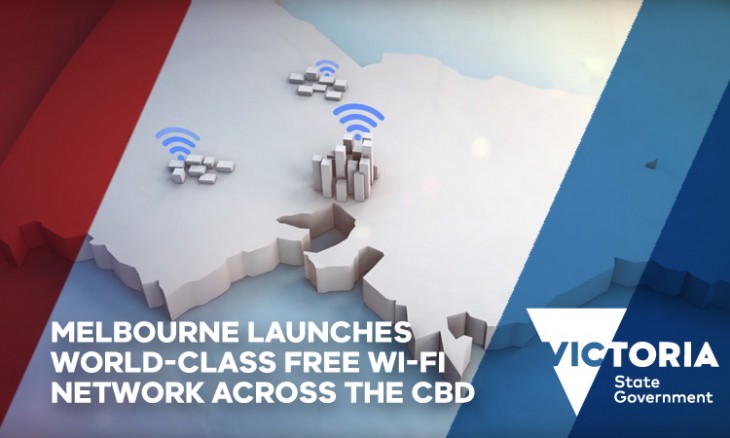 VicFreeWiFi is the largest network of its kind in Australia, and one of the most advanced in the world, on par with similar networks in London, New York and San Francisco. It offers up to 250 MB per connected device per day, with no intrusive advertising and no requirement to enter personal login information.

The infrastructure is to be managed by Australian telecoms company TPG for the next five years. TPG assumed responsibility for the project after acquiring the original provider, iiNet, in 2015.

The $11 million pilot is also available in the regional cities of Ballarat and Bendigo, with additional access points to be activated over the coming year. Once complete, the network will span 600,000 square metres across the three cities.

The advanced network will also be used to pilot future connected city projects, as well as being available for disaster response in the case of an emergency.

An interactive map identifying all operational access points is available at https://www.vic.gov.au/wifi/find.html