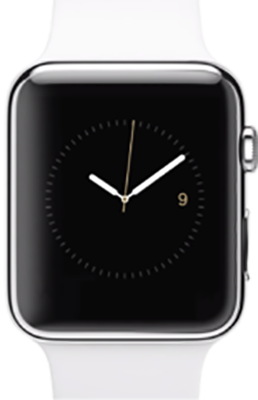 The Apple Watch is very much intended to be a companion device to the monumentally successful iPhone. Indeed, some of the functions of which the Apple Watch is capable simply do not work without an iPhone being in attendance. But there is also an intention from Apple to deliver a standalone device which has useful features without needing to have an iPhone present at all times.
In this sense, Apple has placed a large emphasis on the health-related functionality of the Apple Watch. Health tracking seems to be a real trend in the mobile marketplace, and Apple intends the Apple Watch to appeal to fitness fanatics, and those who are not currently fit would like to improve their physical capacity.
But it is another feature of the watch which will probably be its central function in the future. Apple launched its mobile payment system Apple Pay last year, and this technology has already carved out a significant niche in the United States. The convenient, wearable nature of the Apple Watch ensures that it would make an ideal conduit for mobile payments, and Apple was pushing this aspect of the Apple Watch very strongly when it unveiled the device.
With the mobile payment market expected to escalate very rapidly during the remainder of this decade, it is clear that Apple wants a significant chunk of this lucrative marketplace. Whether the Apple Watch will play a significant role in this remains to be seen, but analysts’ early estimates indicate that Apple will shift around 20 million Apple Watches this year; 10 times the number of units that it’s major rival Samsung has sold of its Galaxy Gear smartwatch.
While the Apple Watch doesn’t have any particular outstanding functionality which makes it diverge from existing smartwatches, Apple has chosen to market the Apple Watch in a physically unique fashion. Huge emphasis has been placed on the physical appearance of the device, and Apple also released one model of the Apple Watch, which it is calling Edition, which is something of a departure in the smartwatch niche.
Edition is aimed squarely at the luxury watch battleground, currently occupied by such iconic brands as Rolex and Cartier. The Edition features 18 karat gold, and has a hefty price tag between $10,000 and $17,000, ensuring that casual smartwatch purchasers need not apply.
Apple is such a bankable company at the moment that it will be a massive surprise if the Apple Watch isn’t hugely successful. Indeed, Apple’s power in the marketplace is so potent that the release of the Apple Watch could single-handedly stimulate the smartwatch niche.